Steve has had the privilege of cooking with many world famous chefs including Julia Childs, Jean Louise Paladin, Roberto Donna, and Rick Bayless, and has assisted with the classes held at The Greenbrier by the world famous Ecole de Cuisine La Varenne in Paris from 1991 to 2008.  He is a big proponent of using locally-sourced ingredients at their freshest, both from nearby farmers, fruit growers and orchardists, and from his own hand-tended raised garden located behind the restaurant above the pond. He also takes special pride in his USDA Prime steaks and  fresh seafood dishes, which he varies seasonally in order to capture the seafood ingredients at their absolute best. 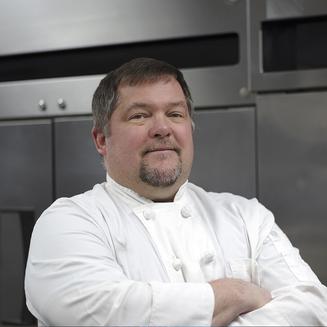 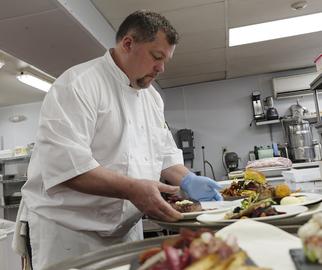